Banba’s Crown at Malin Head, Inishowen, Co. Donegal, is the most northerly point of the Irish mainland and is named after Banba was one of the mythical queens of Ireland. At Banba’s Crown you can’t miss the building known locally as the “The Tower” which was built in 1908 by the Admiralty, and later used as a Lloyds Signal Station. Not only is this Ireland’s most northerly point, but an area of great scenic beauty, and of historical, scientific and ecological importance. 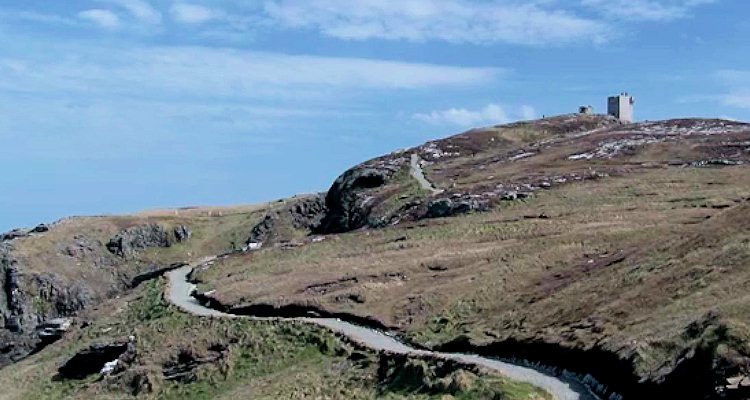 Not surpisingly it is also a perfect starting point for a remarkable ramble along a newly developed coastal walk overlooking the cliffs to Hell’s Hole, a subterranean cavern 250 feet long and 8 feet wide, into which the wild Atlantic ocean crashes in with great force. The walk has plenty of benches sited along the way to take in the breathtaking views. This is well worth a visit. Enjoy this stunning walk and Ireland at its best. Banba Crown, Malin Head, nestled in Inishowen, Co. Donegal.