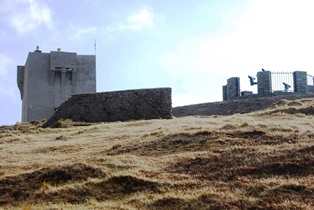 Enter Malin Head along the west side of the Wild Atlantic Way’s Inishowen Peninsula and continue to the tip called Banba’s Crown (named after a mythical Irish queen).

“The Tower”, as it’s known locally, was built by the British Admiralty in 1805 as a Napoleonic lookout to help defend against possible French attack

Weather reports, which were so important to local and international shipping, were first recorded at Malin Head in 1870. It then became a Signal Tower for Lloyds of London using semaphore to connect with ships at sea and the lighthouse on Inishtrahull Island lying to the northeast of here.

Situated at 550 22 N 0070 22 W this is an area of great diversities, but unknown to a lot of people this area is steeped in natural and actual history.

Also on Banba’s Crown are old WWII lookout posts, which were used by the Irish forces to prevent violation of the country’s neutrality. These days, though, you’re more likely to spot dolphins and the 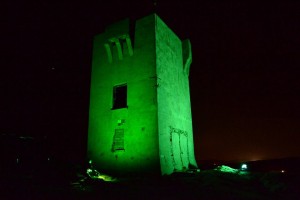 No visit to Banbas Crown would be complete with a Visit to Caffe Banba, Coffee, Hot Chocolate and fantastic cakes – not to be missed !!